Palladium
Palladium
Save in palladium bars

You can choose palladium as a savings target.
With each purchase you will be allocated parts of large palladium bars. 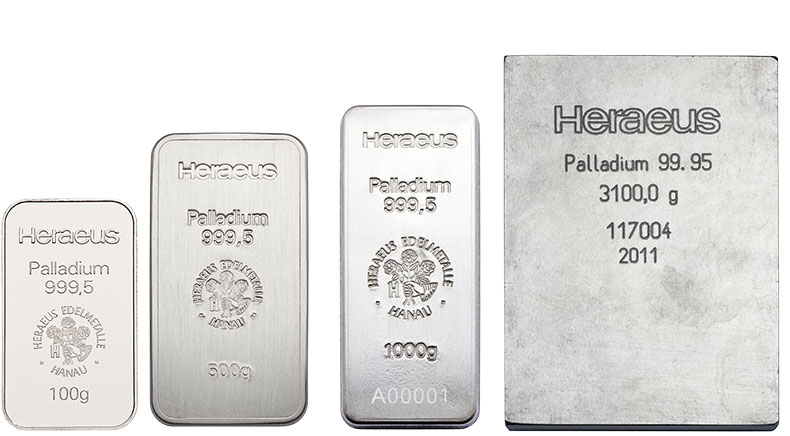 Palladium stores and purifies hydrogen better than virtually any other material.

Necessary for the automotive industry.

Palladium is mainly used in the automotive industry to produce catalysts. Furthermore, palladium is used in the medical sector and the electronics industry as well as in jewellery.

For the fuel cell technology, which can be a new means of propulsion for vehicles, palladium plays a very important role.

According to experts the demand for palladium has already exceeded the supply for several years.

Around 200 tonnes of palladium are produced annually. According to experts, the annual demand is approx. 500 tonnes.

In order to optimally design our website and to be able to improve it continually, we use cookes. By continuing to use the website, you agree to the use of cookies. You can find more information on cookies in our data protection statement.